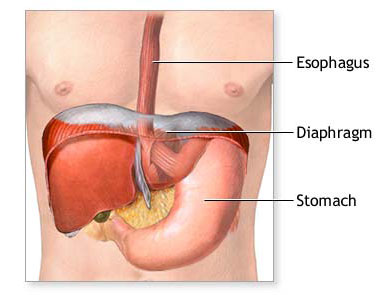 Many people use the term “heartburn” to describe an array of problems with digestion; however, what they are likely describing is gastroesophageal reflux disease, or GERD. This common condition is characterized by the reflux, or “back-up” of stomach acids into the esophagus. It typically causes a burning sensation between the ribs and the area below the neck, with the feeling sometimes radiating through the chest and into the neck and throat. GERD affects many Americans at least once a month, and symptoms can include vomiting, wheezing or chronic coughing, and difficulty swallowing.

People who have GERD may have been born with an LES that is naturally weak. However, an relaxed LES that is not functioning properly may also be caused by spicy and fatty foods, tight clothing, some types of medication, alcohol consumption, smoking, and even changes in body position or vigorous exercise. Some patients may also be afflicted with a hiatal hernia, which is a common term for GERD; however, a hiatal hernia may not cause symptoms of heartburn.

GERD is generally treated in three steps, including:

Symptoms of GERD can often be alleviated with changes in diet and over-the-counter antacids. It can also be helpful to alter sleeping and eating patterns, lose weight, and reduce or eliminate smoking and/or alcohol consumption.

Drug therapy may be necessary if lifestyle changes have not had much of an affect GERD. Although over-the-counter antacids and medications can reduce the amount of acid the stomach produces, prescription drugs may be more effective at relieving symptoms and healing esophageal irritation. Dr. Leong can talk with you about the possibilities of drug therapy for GERD.